Worship as cows mooed outside 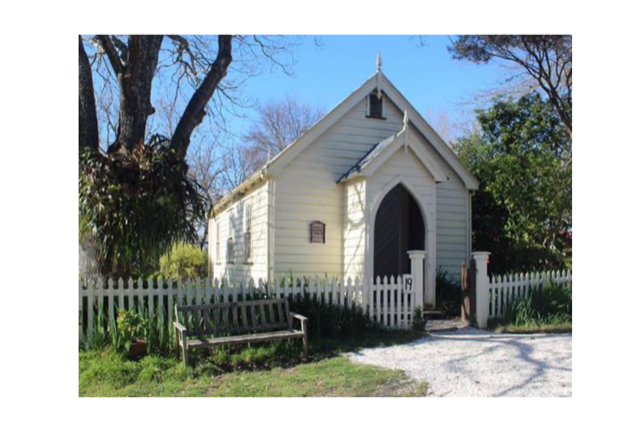 Reverend Edgar Hornblow, 86, lives in the Hawke’s Bay and was the first minister of Trinity Methodist Church in Pakuranga Road in 1963, and before that took services at the little Wesleyan Methodist chapel on Pakuranga Road that was later moved to the Howick Historical Village in 1977. He recalls:

The children’s laughter echoed through the little old historic Pakuranga Church on the Pakuranga Highway.

Keith Lawry was teaching children as he had taught their parents before them. It was the 1950s, I was only in my 20s, but as I led worship with people sitting on old wooden pews, with the cows mooing outside on farmland, I could feel the echo of voices long gone worshipping Jesus their saviour.

The historic church had stood on the site since 1866. In nearby Howick, worship in the Moore Street Methodist pre-fab building was serving a growing population.

With great foresight the Methodist leaders bought five acres on Pakuranga Highway near the corner of Pigeon Mountain Road across from Pakuranga College.

On December 13, 1960, we watched the moving truck, with the Moore Street building transported down Pakuranga Highway onto the new site.

In July 1962, the Keith Hay Homes’ transporters brought the two halves of the five-bedroom parsonage on site, then completed the brick cladding.

Our family was the first to live there, smelling the perfume from the neighbouring poultry farm where McDonald’s now stands.

Miss Webb’s cows grazed in the neighbouring paddock by her tiny Pakuranga Post Office. With my .22 gun, I could shoot rabbits out of our dining room window.

By October 1963, the triangular-shaped Trinity Church with a large car park became a well-known landmark on the Pakuranga Highway at a cost of 31,500 pounds.

In the next 50 years, so many would pass through those church doors. It was a privilege to be the minister in those formative foundation years to share the transforming love of Jesus.