Ocean education in collection of songs

Children’s music with an environmental conscience is her habitat.

Claudia Robin Gunn is celebrating the release of her new album of songs and music for kids, Sing for the Sea – Little Wild Ocean Friends (Little Wild Music).

It was a production journey that took a year to complete and a certain pandemic added to disruptions and delays. Claudia worked at distance from producer Tom Fox at The Sound Room, which involved recording her playing guitar and singing at home and then sending the sound files electronically to Fox to add all the instrumentation. The result is a triumph. 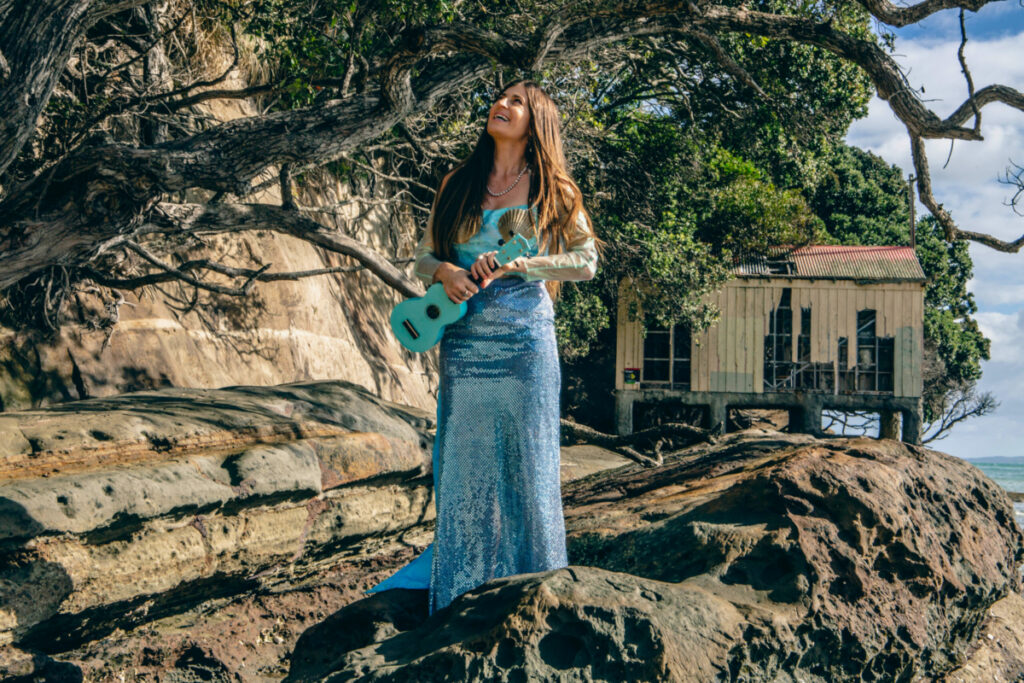 The Cockle Bay mum and songwriter says the 24-song collection is a deep dive into the theme of sea life and conservation.

It’s very educational and entertaining, with music that young ones will find catchy and easy to sing and play along to.

“It’s all about our children’s connection to the oceans and the little, the wild and the gentle giant creatures that call it home,” says Claudia.

“There are songs of ferries and tugboats, glow in the dark sea life, escaping octopus, and saving our ocean from plastic.

A true story brought to life in song is of Inky the Octopus, who escaped from Napier Aquarium in 2016, and now stars in his own theme tune created by Claudia, after many children’s books have detailed the escapade.

Sing for the Sea – Little Wild Ocean Friends is illustrated by Howick mum Elise De Silva. A matching songbook is authored by Claudia’s sister Melissa R Gunn, and the project was funded by Creative New Zealand

There are very favourable reviews of Little Wild Ocean Friends:

‘Featuring vocals that elevate her modern take on folk music, Gunn’s voice is at times almost ethereal, making it the perfect companion to lyrics that tell the tale of creatures found deep in the ocean. Each track has its own story to tell and is strengthened by the intentional way that each song focuses on only one creature or aspect of the watery environs. Animals spotlighted include whales, squid, octopus, and jellyfish, while rock pools, seaweed, and coral reefs are also shown special treatment. Although each song is packed with scientific facts, they are consistently entertaining and never feel didactic.’ – (Veronica De Fazio – Kids Rhythm and Rock)

‘If Florence and the Machine recorded an album of songs about the ocean and conservation, it would probably sound like Claudia Robin Gunn’s new collection.’ – (Jeffrey Cohen – Mr Jeff 2000)

‘One of the wonders of this collection of songs (as well as the music she’s written that has come before it), is that she could easily fit in the canon of great women songwriters before her: Sarah McLaughlin, Taylor Swift, Imogen Heap. Claudia Robin Gunn has the privilege of not only being a killer songwriter, but also of living on the beautiful sea-surrounded island of New Zealand. This is an album children around the world need and would love to hear.’ – (Greg Walker – Prism Reviews)

The album is available on all streaming services:

The songbook (standalone ebook) is on digital services: