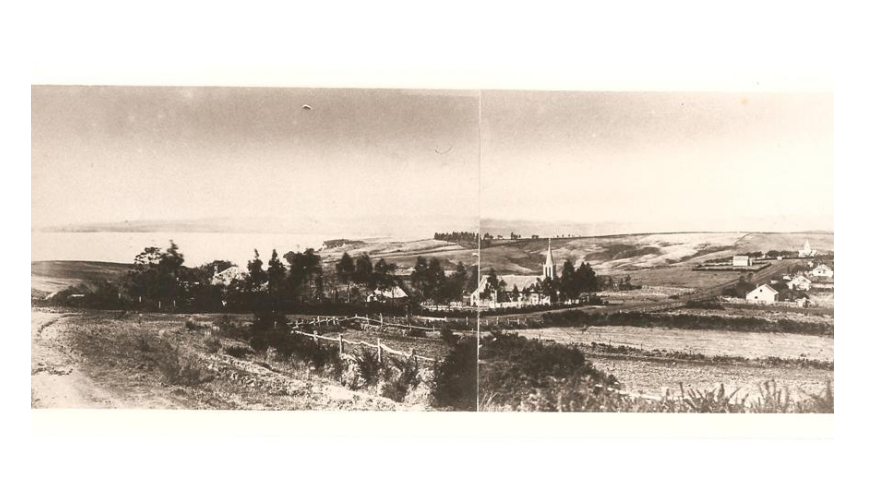 The first resident priest in Owairoa-Howick, Father Marie Antoine Garin, arrived on January 2, 1848, to an empty section in Picton Street. He immediately built a raupo cottage that could be used for himself and two Māori assistants.

By mid-1848, he had a horse and cart and grazed a cow as well as poultry on his four-acre glebe.

His beehive produced beeswax for church candles and his vineyard grapes flourished for mass communion.

A chapel-cum-school was established in a raupo whare as settlers were keen that children could start reading and writing lessons.

After the Anglican All Saints Church, the next building completed in the Howick village was a wet canteen-grog shop in Selwyn Road.

But in early 1848, Benjamin Lewis, who had resigned his position as a Fencible, reopened the building as The Royal Hotel with accommodation in 11 rooms downstairs and three upstairs, with stables for horses and a bar for drinkers.

It is now the popular café Shamrock Cottage, named by Captain William and Amey Daldy, who later owned the cottage, after the Captain’s schooner Shamrock he sailed from Liverpool to Auckland in 1841.

Many of the Fencibles and their families could not afford the ferry fares to Auckland from Howick.

The alternative was to walk via “God’s Highway” as they called it, via Mellons Bay, Eastern Beach to Bucklands Beach, row across to the Glendowie sandspit, up to the Remuera Coach Road via Parnell to Auckland.

Howick had no bush cover when the first settlers arrived, just native grasses, low scrub with a few tree ferns in the valleys. It may have been burned by Māori or possibly covered by the volcanic eruptions.

Early settlers needed firewood for cooking and warmth. For the first few years they generally lived in raupo and nikau palm huts that all leaked when it rained giving a mud floor. It even snowed in Howick in July 1848.

It was said “they all covered their beds with a raincoat if it was going to rain”.

Some enterprising Māori from Waiheke brought canoe loads of firewood to sell for six to eight shillings a canoe load.