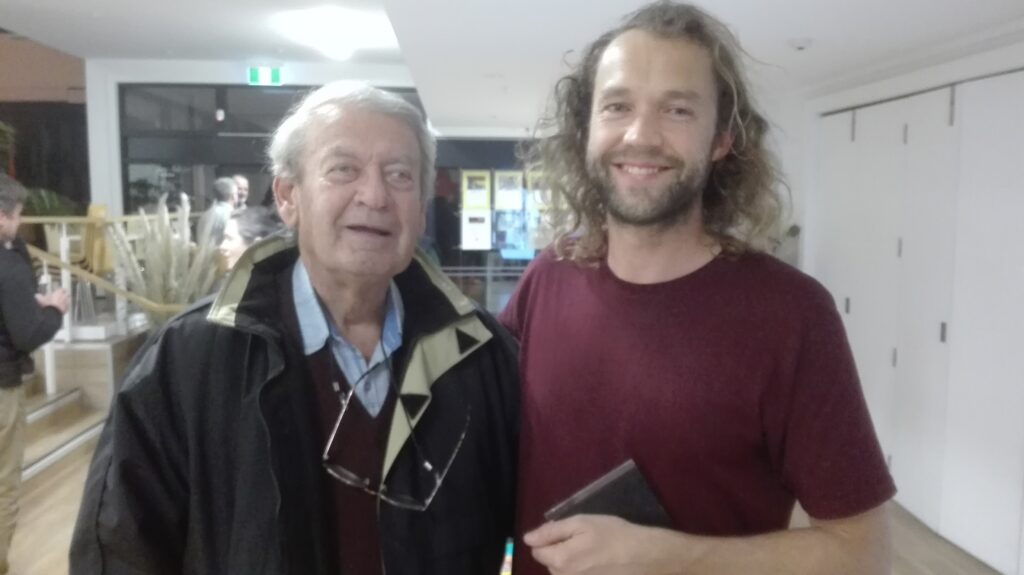 Music and arts enthusiasts will get the significance of this photo: Morrin Cooper paying homage to one of his influences, the late-great Chet Baker, extraordinary trumpet player, jazz composer and vocal stylist of the United States.

No one sounds like Chet Baker.  Morrin Cooper, too.

Morrin was of course our much-loved Mayor of Howick from 1974 to 1989, retired undefeated after five terms. Many will know he’s been a professional musician, too, since the 1950s.

He tells many stories regarding his musical involvement, including of tours in the great days of live concert-hall shows, such as trumpeting in the band that backed The Platters in 1959.

The photo is of Morrin at the commemoration plaque of where Chet Baker died in 1988. It’s in Amsterdam, Netherlands. He passed out of a hotel window two storeys up. Morrin later went to the room on a European visit.

The picture of the two great trumpeters is in the Bill Mudgway Studio at East FM in Howick Village, where Morrin Cooper has the highly-recommended Howick-Citing Jazz Show on Sundays at 11am and Mondays at 2pm. The show would be in its 13th year. 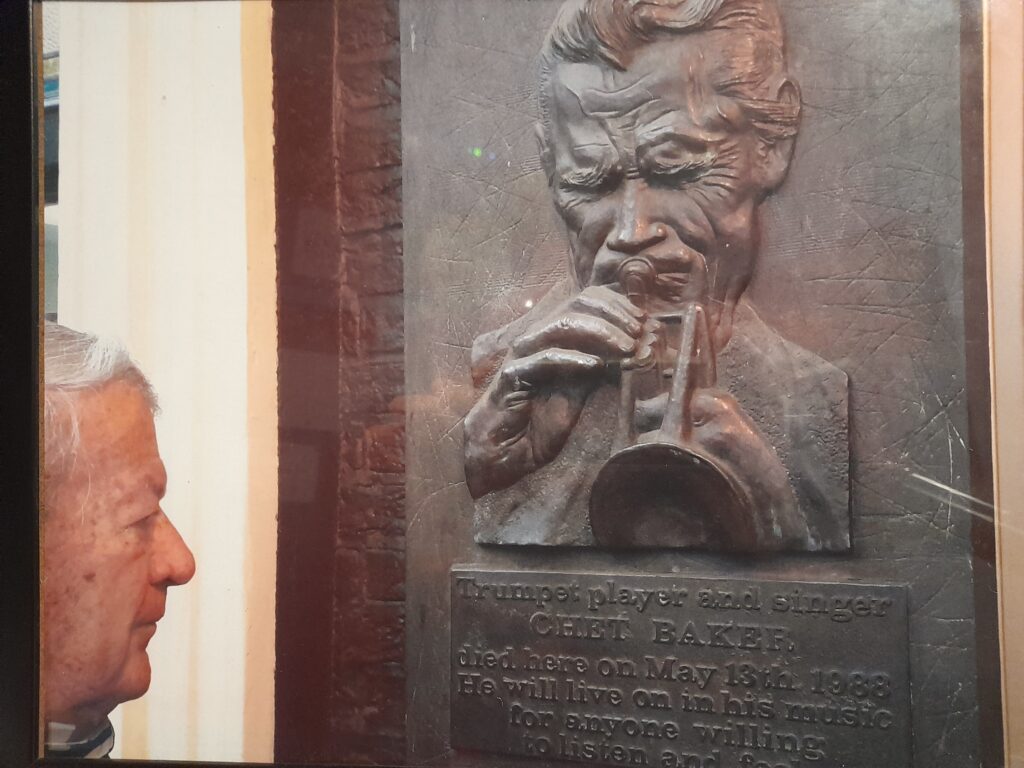 Howick-Citing was also the title of  magic jazz group back in the day. He’s also a past-president and life member of the Auckland branch of the NZ Musicians Union, ex-chairman-manager of the Tauranga Big Band, and chair of the Dame Malvina Major Foundation in Auckland.

He’s also known for carrying around his pocket trumpet, ready to play Happy Birthday, the song music, at people’s birthday functions he just happens to be attending.

Readers may have noticed, too, that our Morrin has popped up in a bank ad on television recently. “Hello, matey”, he says.

Chesney Henry “Chet” Baker Jr. (December 23, 1929 – May 13, 1988) was an American jazz trumpeter and vocalist. He’s known for major innovations in cool jazz that led him to be nicknamed the “Prince of Cool”.

Baker earned much attention and critical praise through the 1950s, particularly for albums featuring his vocals: Chet Baker Sings (1954) and It Could Happen to You (1958). Jazz historian Dave Gelly described the promise of Baker’s early career as “James Dean, Sinatra, and Bix, rolled into one”.