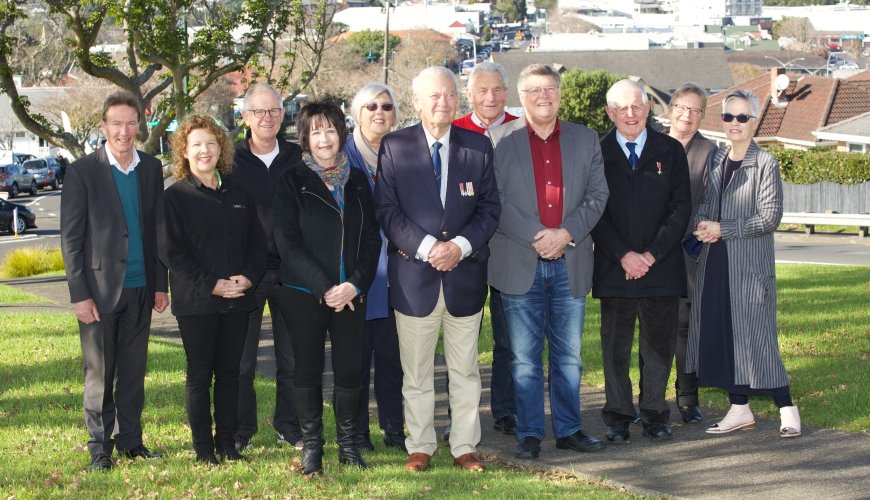 A group of committed volunteers and community leaders is determined to make Howick’s 175th anniversary a success and year to remember.

Next year, 2022, marks 175 years since the first British settlers arrived in the area known now as the Howick Ward.

A steering committee for Howick 175 commemorations and activities has been meeting since late last year, making plans and preparing to encourage the whole community to participate positively in ways it feels appropriate, such as events and activities.

In light of the Covid-19 pandemic and disruption and worry it has caused, the steering committee believes Howick’s 175th birthday is an opportunity to fully acknowledge the people of Howick Ward, the life they have, and the area’s strong sense of community pride, diversity and action.

Howick & Districts 175th Anniversary Celebrations 1847 to 2022 Steering Committee chairman, Rev Dr Richard Waugh, says the past 18 months have been a “tough time for New Zealand and the world” because of the uncertainty and destabilisation caused by the pandemic.

“We’re hoping the remainder of 2021 and 2022 will continue to improve as life returns to some normality experienced before Covid,” says Waugh.

“Therefore, Howick’s 175th year in 2022 is well-positioned for great community participation and celebration.”

Waugh says the 175th recognition for the beginnings of Howick and Districts will be continuous next year.

“Highlight month is November, with key focus days being from Saturday, November 5, to Sunday, November 13, 2022.”

Following the 170th anniversary event for Howick in 2017, a lunch at the Howick Club attended by 200, a charitable trust was formed for the 175th, with the trustees being Waugh, former Howick Mayor Morrin Cooper, Howick Historian and creator of the Howick Historical Village Alan La Roche, and former councillor and local board member, and Howick Town Crier, Jim Donald, the latter being on the steering committee.

Waugh was asked to be chairman because of his strong reputation for community advocacy and leadership. He’s had involvement in the 150th sesquicentennial and responsibility for several successful initiatives such as the annual Auckland Brit and Euro Classic Car Show. He serves as senior minister of East City Wesleyan Church in Botany.

Waugh has since gone out and recruited for the steering committee other volunteer community advocates with key skills and contacts.

Waugh says he’s grateful to have Reay Neben, managing director of Times Media, on the committee with her vast knowledge and expertise, and to have her company as the news media partner for Howick 175.

Adele White, the Howick Local Board chair, says: “My role has been to ensure there is a great team to lead, plan and organise Howick’s 175th anniversary.

“Whilst declining a position on the steering committee, I continue to advise and provide support to this enthusiastic and committed group of people from our community in establishing the connections that will make this event happen.”

Waugh says the committee respectfully acknowledges Ngai Tai ki Tamaki as tangata whenua and positive meetings have been held with the iwi and White.

“In the coming weeks, we will start making public more information and plans for Howick 175. There will be many opportunities for people to volunteer and for community organisations, clubs, churches and businesses to be involved.

“What we’d like to see happen in 2022 is a recognition of where we’ve come from as a community over 175 years, how we’ve got here, and probably more importantly, who we are now and celebrating our abundant talents, strengths and differences.

“We see 2022 as a defining year for Howick, an opportunity to come together positively to celebrate the great place where we live, work and play.”